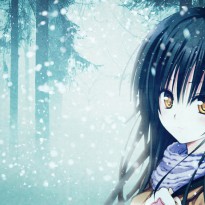 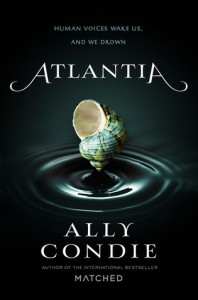 Can you hear Atlantia…calling?
I could hear it. I heard it calling, from the dusty shelf, to read it and I finally answered its call, after I left it, for several months to rot on my bookshelf... I really regret I done that and I didn’t read it sooner, because it was a really enjoyable read after all.

The story is set in Atlantia, or what's also known as the Below, an underwater city where Rio, the protagonist, lives. She’s not just a normal girl but a girl with a pretty big secret that she’s been hiding for pretty much all of her life and that sort of dictates how she acts. After her sister, Bay, chose to leave her and go to the Above, Rio remained alone in Atlantia and she is trying to figure out why her sister left without telling her what she was going to do and who killed their mother and also she is trying to escape to the Above, the place she always dreamed of. And…you have to read the book if you want to find out if she will manage to go Above and if she will find her sister and catch her mother’s murderer.

One important thing you should know about this book is that there are no mermaids in it. No, this book is NOT about mermaids. I know some people will think about that when they read the blurb of this novel, I did. When I read the word ‘sirens’ and all that stuff about two sisters who go Above from the Below I instantly thought about ‘Little mermaid’…but no the sirens from this book are not fishtailed women who breath underwater, but I wasn’t disappointed when I found out what they are because the sirens are pretty cool but I’m not going to say more because you will find more about them and their powers while reading the book.

One big plus of this book is the original plot: there is a dystopian universe which is full of potential, but which (here comes the minus) is underdeveloped. I loved the idea of a dystopian universe divided into the Above and Below (after ‘The Divide’, some apocalyptic event, I guess- I hoped that the book would explained what happened exactly with the world, but it didn’t…), of Atlantia, the underwater city, which could be described in more details (I wanted to find out more about the people who live there, how they spend their daily life, how it function, to “visit” more of its places…) and, of course, the idea of The Above, another part of that dystopian universe, which was totally underdeveloped (I didn’t really find out to many information about it, even though, I was so curious to “see” it, as curious as Rio who dreamed to go there all her life, but I was disappointed when “we arrived there”…)

With this plot (original and intriguing), these characters (great ones) and this universe, ‘Atlantia’ could very well be a trilogy (at least), because, like I said, it has potential, there are so many things left to be said, to be explained, to happen… In the beginning, it is a bit of a slow start, but then the pace become faster and faster, a lot happen and through the end of the book there are too many events (who could be expended and explained in more volumes), it’s seems like the author get bored or she hadn’t enough time or pages, so the ending was a little disappointed. Even though, it’s a happy ending, it’s not as I expected.

Overall, there were a lot of parts and things that I liked about this book and it was a really enjoying read, so I don’t regret reading it. So if you’re looking for a standalone book with intriguing characters and a unique plot, this is for you.
YA dystopian Sisters sirens Above Below Underwater atlantia rio
Tweet